It’s official!! We’ve announced the first chef lineup for our annual Food & Wine Weekend (Aug 28-30) and this year will NOT disappoint. The weekend brings some of the country’s best chefs to Brainerd’s Gull Lake for a culinary  experience you won’t find ANYWHERE but Madden’s! Our guest chefs will work side-by-side with the Madden’s chefs you’ve come to know and love to create delicious masterpieces that will  leave you drooling  for more.

Guests will enjoy everything from wine tastings to a whole animal bash to mushroom foraging, all while getting some one-on-one time with some of the most brilliant minds in the culinary industry.

Packages for the weekend start at $188.50 per person and includes loding on Friday and Saturday as well as all events on Friday, Saturday and Sunday. Check out the list of talent you can expect from this year’s event and then reserve your stay online or by calling 800.642.5363. Owner of at Piccolo and Sandcastle James Beard Award nominee

Chef & Co-Owner at Haute Dish and Nighthawks/Birdie in Minneapolis

Chef at Madden’s on Gull Lake

Chef at The Classic Grill at Madden’s on Gull Lake

Executive Chef of Madden Lodge at Madden’s on Gull Lake

-The team at Madden’s on Gull Lake! 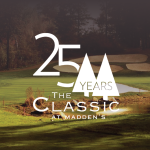