The Classic at Madden’s, Minnesota’s signature golf course and crown jewel of Madden’s Resort on Gull Lake, has been ranked no. 63 on Golf Digest’s 2015-16 list of America’s 100 Greatest Public Courses. The Classic is one of only three Minnesota courses to top the list of 100. This year’s ranking places The Classic four spots higher than it’s 2014-15 listing of No. 67—its highest ranking on the list was at No. 33 in 2003-04.

“We are excited to have moved up four spots on this year’s list to No. 63,” says Glenn Hagberg, Head PGA Golf Professional at Madden’s on Gull Lake. “The caddie program, encouraging walking, combined with the commitment to improve playability through agronomics have really raised the bar.  We’re extremely proud of The Classic and are honored to be considered among the top 1% in the United States. We look forward to a great 2015 ahead.” 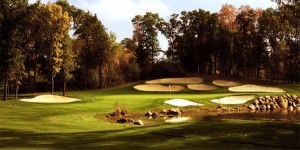 Golf Digest is the game’s oldest and most prestigious ranking, established in 1966.  The courses are evaluated by a national panel of raters on seven criteria SHOT VALUES, RESISTANCE TO SCORING, DESIGN VARIETY, MEMORABILITY, AESTHETICS, CONDITIONING, AMBIENCE.

-The team at Madden’s on Gull Lake