Madden’s on Gull Lake has always been a family owned and operated resort. It began when the first piece of the resort was purchased in 1936 by Jack and his uncle Tom Madden. Since then, the tradition has continued. Whether you see family members strolling around the resort and mingling with guests or working hard behind the scenes in various roles such as decorating & design, managing lodging, or working in sales, the Madden family tradition persists daily here. 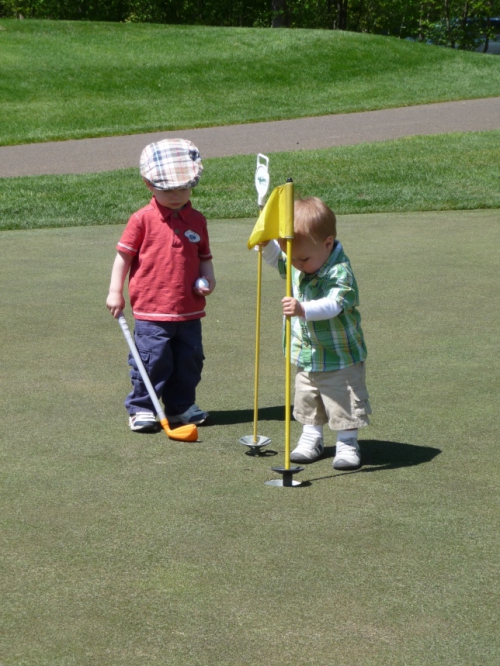 The 4th generation joins the fun at Madden’s. Beau Thuringer and Charlie Pieper enjoy a “little” round of golf